Jail for Refusal to Remove Burqa in Australia 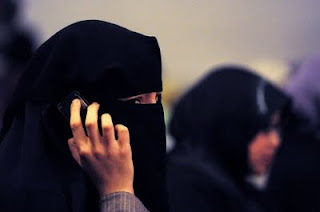 SYDNEY, (AFP) - Australian authorities said motorists who refused to take off face-covering veils such as the burqa when asked to do so by police could be sent to jail for up to a year.
Under the changes to laws in New South Wales state, police will be able to ask drivers to remove helmets, masks, the face-covering niqab veil and the all-body garment the burqa.

"People will only be required to remove a face covering for as long as it takes to identify them," New South Wales state Premier Barry O'Farrell said on Friday.

"Those who want to be identified privately for cultural and religious reasons can request to go to a police station."

The changes, to be introduced to parliament next week, will also give officials the power to request the removal of face coverings in courts while visitors to prison could also be asked to remove any coverings that obscure their identity. Those who refuse could be fined up to $550.

"I have every respect for different religions and beliefs but when it comes to enforcing the law, the police should be given adequate powers to make a clear identification," O'Farrell said in a statement.

The change follows the recent case of a Muslim woman being acquitted when a magistrate ruled she could not be positively identified because was wearing a burqa.

In the high-profile case, Sydney woman Carnita Matthews was sentenced to six months in jail in November 2010 for falsely accusing a police officer of forcibly trying to remove her burqa.

But her sentence was later quashed after a magistrate said he could not be 100 percent sure it was Matthews who later walked into a police station to make the complaint because officers were not able to see the face of the accuser.

Police already have the power to ask women to remove face veils during the investigation of serious offences, but not on more routine matters.

The wearing of full-face niqab veils by some Muslim women has become a contentious issue in parts of Europe, where France has banned them in public.

The New South Wales state ombudsman will review the new laws after they have been in place for a year.
Afp.Com - about 3 hours 25 minutes ago

Catat Ulasan for "Jail for Refusal to Remove Burqa in Australia"